How learning languages can change your world

HOW LEARNING LANGUAGES CAN CHANGE YOUR WORLD

-What’s the first thing coming to your mind when you hear the word “foreign language”?
-Errr…Unknown sounds, grammar and exams…?
If I was a boss who heard this answer during an interview, I would perform a facepalm and say “…next please”. Come on, there’s got to be more than that!

Foreign languages can offer damn a lot to you and if you are reading this, raising an eyebrow and think “ok, a job position, watching movies without subs and make a hit on that tourist chick who seems to be lost” then I’m gonna make you raise both of your eyebrows and say “Damn, this player’s right, I’m starting a new language…yesterday!”

For a very long time I was wondering why I’m happy! Frankly speaking, currently I’m working on a job that is quite boring and the colleagues usually talk about routine stuff, gossip and when you say “good morning” on their face you can read “F.Y.”! So what exactly made me different? Foreign languages?? Bingo! And since I’m sure that you ‘re thinking “this guy’s exaggerating”, let’s become more specific from now on!

I never used to talk much. Actually at school I used not to talk at all and I never actually thought that some day I would find myself surrounded by amazing people, let alone that they would be located in all the parts of the world! The thing is, that when you put an effort to learn a language you feel a strong desire to practice it!

That makes you approach more people and catch a conversation that many times doesn’t have any meaning but every one of them hides some potential of a new friendship and tell me who doesn’t want to have friends? When you speak to a tourist in his/her language you surprise him/her so that makes the barrier between you, break much easier! Let me give you an example!

When I traveled alone to Portugal, I was wandering in Belem and I saw a group of Chinese tourists. All I did, was approach them and ask in Chinese “Could you take a photo of me please?”. That was it. That shocked them and they started asking me everything! After taking a photo of me they took one with me, one by one, and in the end altogether! In the end, they wrote to me their e-mails, telephone numbers and home addresses(!) so that if I visit them, I could stay at their place! So, out of the blue, I acquired Chinese friends in Portugal!
Coincidence? I can give you so many “coincidences” that you ‘re gonna get a mind blow!

Just to not overload this article with examples and turn it into a novel, if you wanna know more of them just write to me in person!

Coincidence? I can give you so many “coincidences” that you ‘re gonna get a mind blow!

When you learn a language, you don’t just learn how to speak on it.

Do you like traveling? I’m sure you do! And I’m sure you have thought “I’m ok with just English dude.”. Nope, you ‘re not! I mean, of course English makes your life easier abroad, compared to someone who can’t speak it and of course you can socialize, but the more you learn the greater are the chances to meet new people who can play an important role in your life! In an airplane the person you are sitting with can be a Russian boss of a company who is impressed by you and your Russian skills and asks for your CV. Like in the previous example you ask a Chinese person in his/her language to take a picture of you and suddenly you have where to stay in China! You are lost in Turkey and realize that the girl next to you is Korean so you ask her the way and she becomes the love of your life! All these stories are true stories from personal experiences or experiences of my friends.

When you learn a language, you don’t just learn how to speak on it. For instance you learn Spanish. The texts you are reading during studying will definitely have to do with Spain. Sooner or later you will know everything regarding spanish food, history, habits, tradition, activities. Is there any chance that you’re not gonna want to visit Spain?!

The big moment has come…I took enough of your time talking about my favourite hobby trying to persuade you of the benefits of it. Now let’s sum up what we got:

You become more social, open person + your life became more exciting with your experiences dramatically increased + Your horizons are broadened so you became more educated person + You have now more options in your life in both where to live or where to work,
you feel yourself more welcome everywhere = YOUR SELF-ESTEEM IS GREATLY INCREASED.

There’s not even one in a million chance that you ‘re not gonna feel more satisfied with yourself after achieving all that. I started as an immigrant from Russia and had very few friends since I was not social and introvert. Right now I have people to host me in 23 countries who will make me feel like home, not to mention about my friends in Greece.

My own languages, travels, experiences my job and so on, will be revealed in my next posts. Stay tuned; 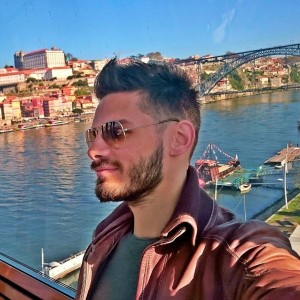