How to connect with a stranger in 10 seconds

How to connect with a stranger in 10 seconds

Two weeks ago, I took the Amtrak train from Los Angeles to San Diego, part of my big US adventure. I shared the ride with Elaina, an awesome positive girl from NYC. Elaina was heading also to San Diego to visit her brother and our connection was a blast.

On our short trip, we shared life wisdom, previous experiences and passion for travelling. Elaina inspired me to write this quick article on how to connect deeply with strangers.

Great things come to those who are willing to risk rejection and put themselves out there.

WHY DO I LOVE CONNECTING WITH NEW PEOPLE?

10 tips I learned about turning strangers into friends

1. The First Step is Overcoming Your Psychological Barriers

Here are four common barriers:
Fear. Fear can be a powerful demotivator. In fact, fear can paralyze us. And there are lots of different ways that we can be afraid. We can be afraid of failure, rejection, or even success. If we’re afraid of something, we’re usually in no hurry to face it.
Boredom. It seems counter-intuitive, but being bored can actually cause procrastination. It’s human nature to put off doing work that we find dull or uninteresting. If your project work no longer challenges or interests you, you may put it behind more fascinating tasks.
Resentment. Sometimes subconscious self-sabotage is the culprit behind our procrastination. Maybe we didn’t charge enough. Or, maybe we don’t like the client. You might not even be aware of this cause of procrastination.
Lack of confidence. If we secretly think that we can’t do something, it’s only natural to dread it. Many freelancers struggle with a lack of confidence. They put off work because they don’t believe that they are good at doing it.

Once you understand what barriers are keeping you from connecting with people, you can take steps to overcome them.

2. Look approachable
We’ve all seen people walking down a hall with their head down or sitting at a table engrossed with their phone. Body language speaks volumes, and they’re sending signals that they don’t want to be bothered. Instead, get interested in the people around you, says Robinett. “A smile shows that you’re open to a conversation,” she says.

3. Say the magic word: “Hi.”
It sounds so obvious, but it’s the first big barrier. You have to be willing to put yourself out there to start a conversation.

I noticed that people are welcoming after you break the ice. It’s not something that everyone wants to do because it takes some courage to go up to someone you’ve never met before and start a conversation. However, more people are welcoming than we generally expect. When you encounter someone who isn’t, remember that someone else will be.

4. Smile.
Walking up to a stranger with a sincere smile on your face instantly warms the situation and makes you look friendlier and more approachable. It sets a positive tone for the interaction and demonstrates that you’re a nice, amicable person. As an added bonus, the mere act of smiling tricks your brain into releasing chemicals that make you feel happier. That way, you’ll both enter into the conversation feeling happier and friendlier–and you’ll seem more likeable from both ends.

5. Open your body language.
One of the best tips I’ve heard is to “open” your body language; keep your arms out (i.e., not in your pockets and not folded), keep your legs wide, and keep your torso and head pointed toward the person you’re talking to. Eye contact also goes a long way.

6. Detach yourself from the outcome.
When you don’t expect any outcome, you won’t be disappointed or offended if someone doesn’t respond to you. There’s a difference between perceived outcome and what actually happens.

How many times have you worried about a worst- case situation only to find out that it turned out much better than you anticipated?

If I don’t expect any outcome from whatever I’m doing, then I can be in the present moment and adjust accordingly.

7. Make it about them.
Talk about their interests, opinions, and ideas. Then respond to what they share.

The best way to keep someone interested in a conversation is to show an interest in their life. Everyone likes to talk about themselves. Even if you don’t know a lot about a particular subject, keep asking questions to understand them.

8. Be fully present and listen
The fact that we are ‘not talking’ doesn’t mean we’re listening. While we may be physically present, we’re mentally in another universe. Instead of having a conversation, we have a nonversation.Being fully present is a key to connect deeply with people.

9. Attention
Attention is rare and valuable. How many times have you met someone who was distracted and looked like he or she would rather be anywhere else? Not ideal.

We have our phones on us 15 plus hours a day. For those few precious seconds when you meet someone and attention matters most, slip the phone in your pocket, ignore those vibrations and give that person your full attention. Few people do this, and it will have a huge impact.

10. Make them laugh
Humor is one of the most important social skills you can possibly build. When you laugh, it lights up your brain’s reward center. To others, humor displays many subtle things at once. It shows you don’t take the world too seriously, you’re a fun person to hang out with and you’re socially aware.

There is always
room in the heart
for one more
new friend..

Elaina is from Long Island, New York who is currently finishing her last year of pharmacy school at the University of Rhode Island, but thinks another career path might be in the works for her. She loves meeting new people while solo traveling and being unapologetically herself. Elaina loves to make others feel that they are part of something bigger in the world and helping people find their unique talents. The most important things to her are family, friends, honesty, laughs, and good craft beer.

What you do makes a difference, and you have to decide what kind of difference you want to make. 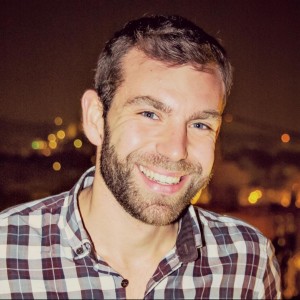 love all your travel adventures, I feel like I am traveling along with you 🙂

Next time you visit Moscow, let’s grab a coffee, Panos 🙂